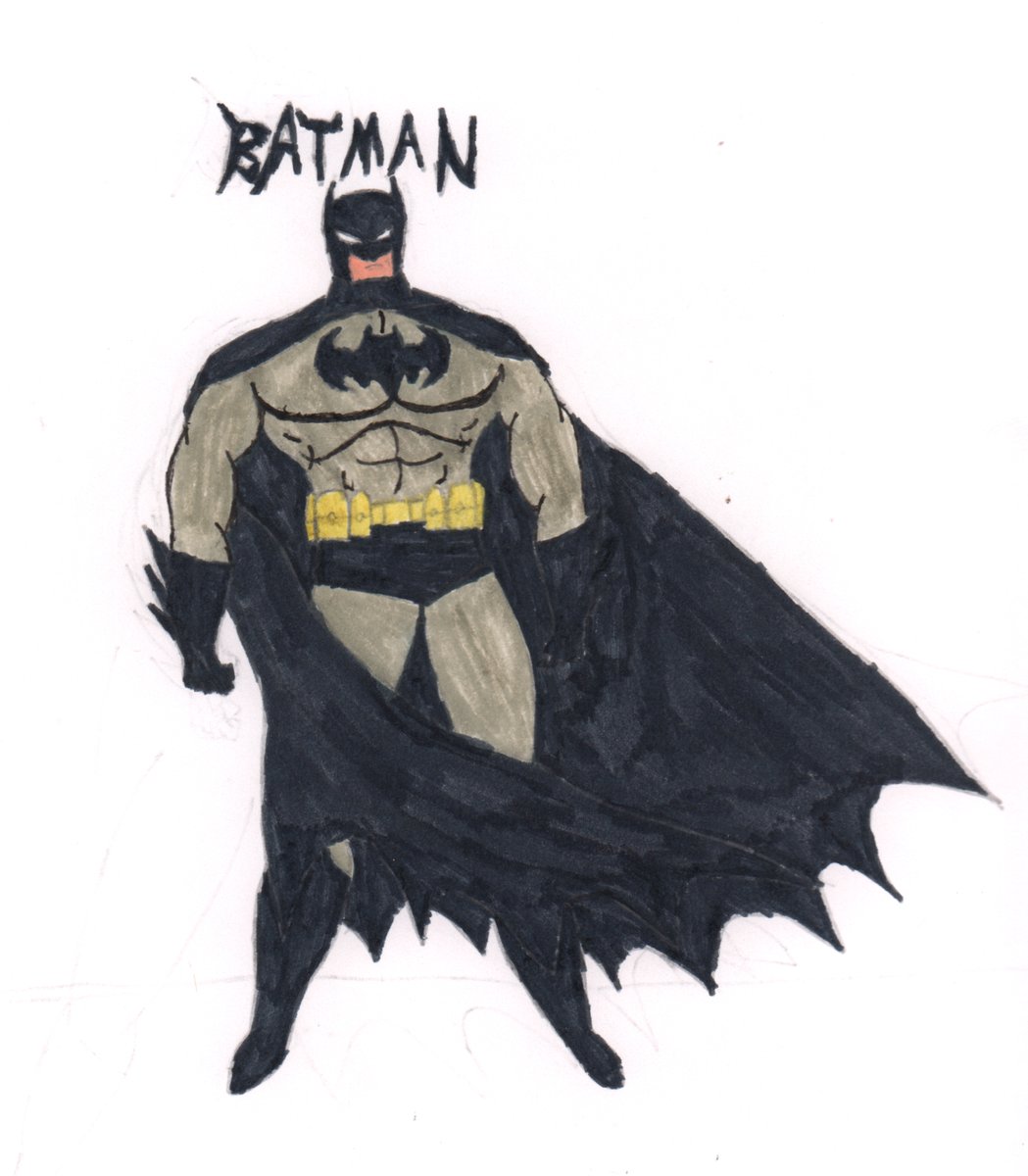 This might be the oldest I've ever sounded but not every visit to the pub is devoted to consuming the maximum amount of alcohol. Closing earlier will *reduce* the risk of exposure indoors, only closing them completely would *remove* it. Please don't make me defend them again.

We rarely, if ever, cover super-heroes at Broken Frontier but we were always going to make an exception for the splendid @StevenAppleby's unique take on the genre in DRAGMAN from @JonathanCape. Find out why in our @jennyrobins's review here today: brokenfrontier.com/dragman-steven… 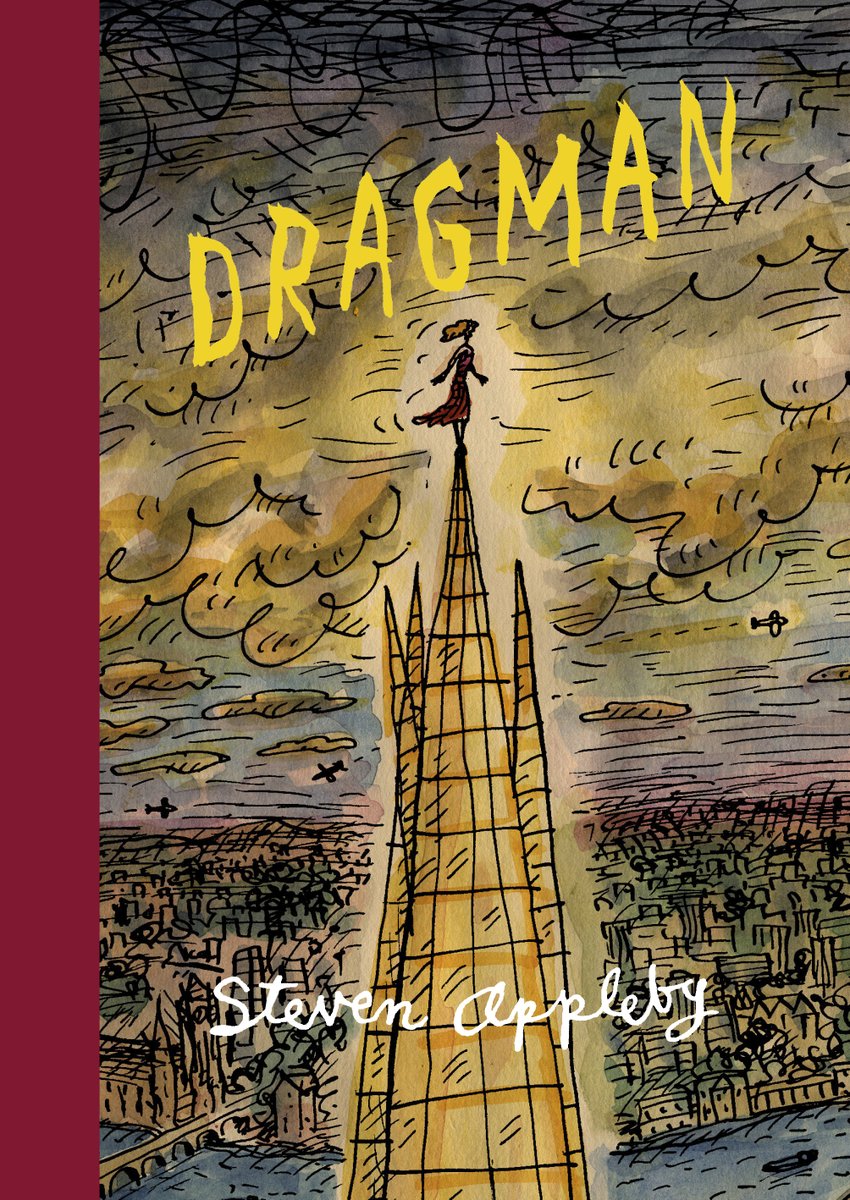 Where should Winston Churchill stand in our collective imagination? The hero of WW2, or a racist and corrupt Prime Minister? 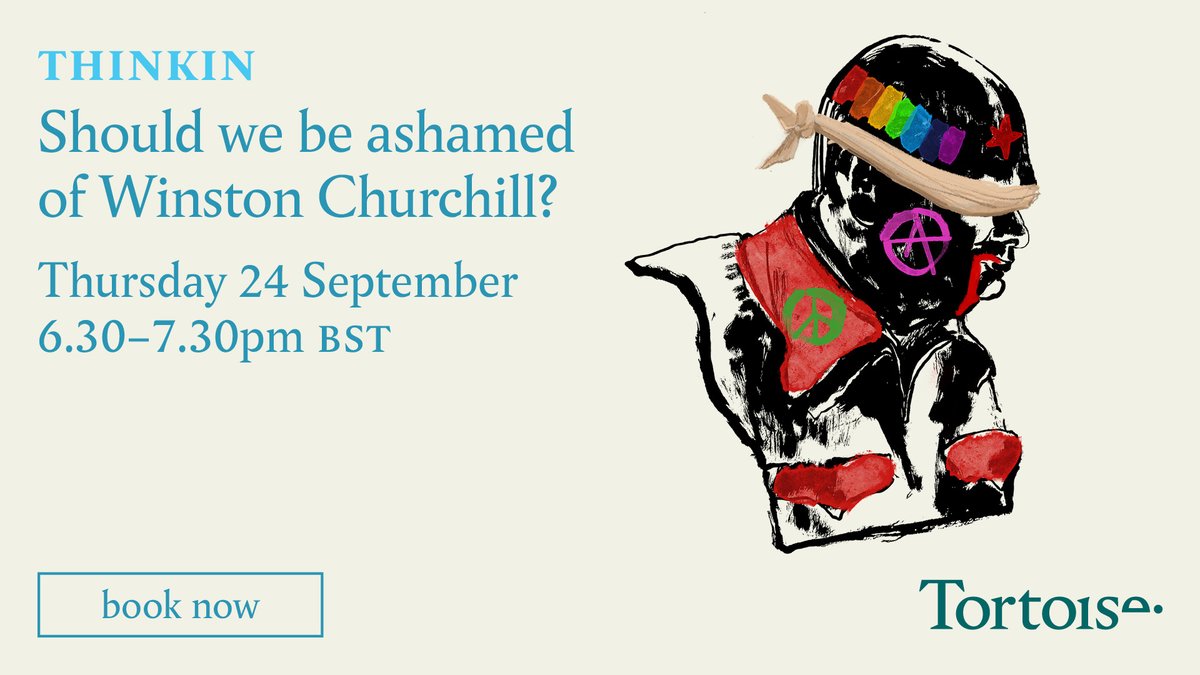 How many times will Democrats preemptively surrender in the policy arena in the name of bipartisan compromise, only to then be rewarded with crushing losses in elections? The future is now. It’s time to stop surrendering. jacobinmag.com/2020/09/aoc-ch… @davidsirota

These Covid announcements feel so surreal. We’ve now had the Chief Medical Officer and the Chief Scientific Officer tell us it could be 10 times worse than the spring and that we’ve moved to a higher alert level. What’s the odds all Boris announces tomorrow is a pub curfew?

Could you be one of the Bristol Cable's new Directors? We're looking for three new directors to guide and advise the staff team. Applications close 13th Ocober. thebristolcable.org/stand-to-be-a-…

anniversary gift for @MollyOstertag - love you always, my Hobbit wife 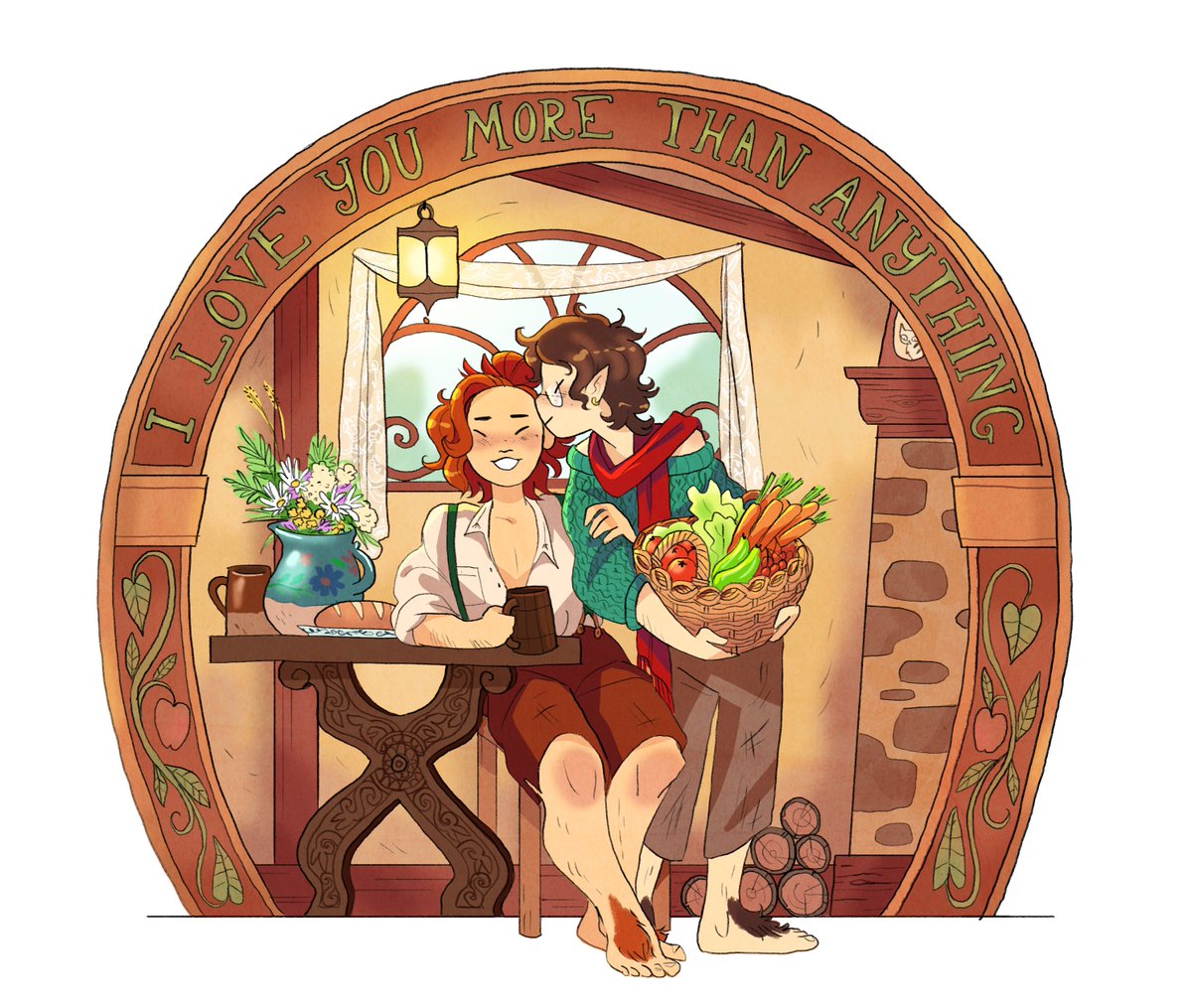 Not sure if I have a hernia or if I'm pregnant.

It's been one year since the happiest day of my life 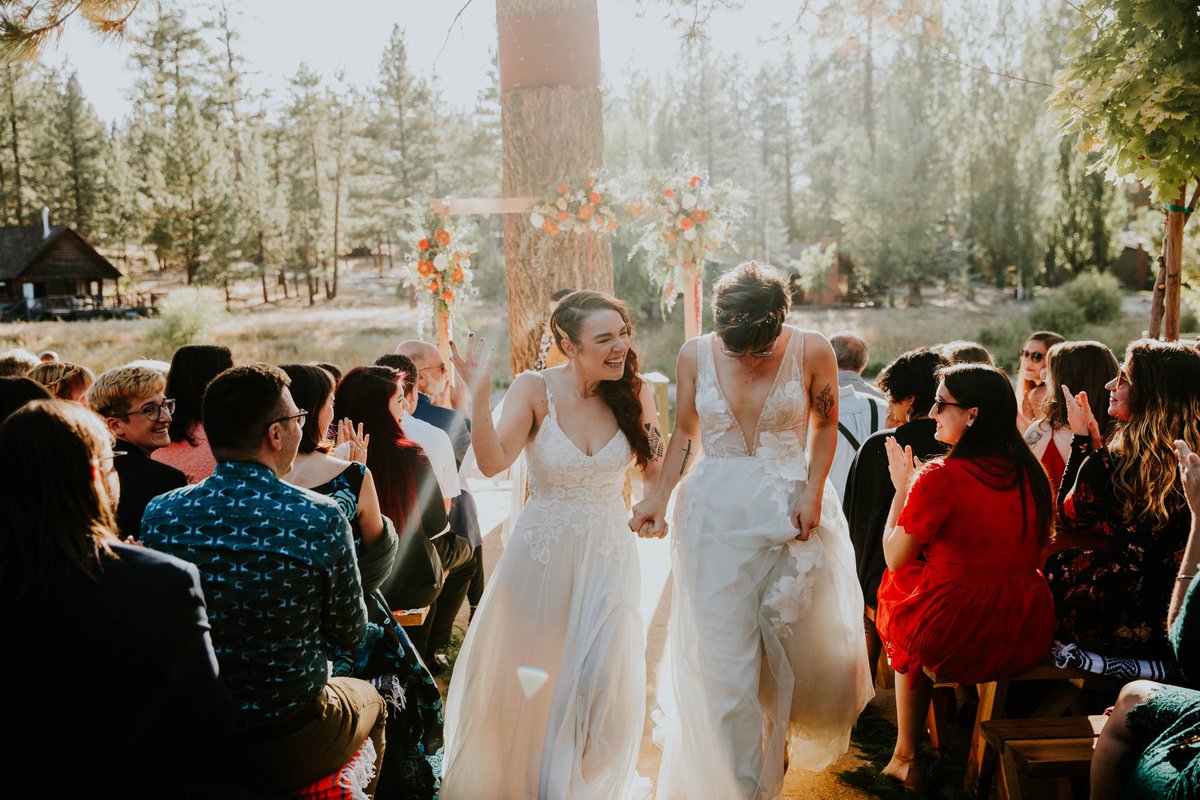 A right nasty chappy from the homebrew game with revenge on his mind. 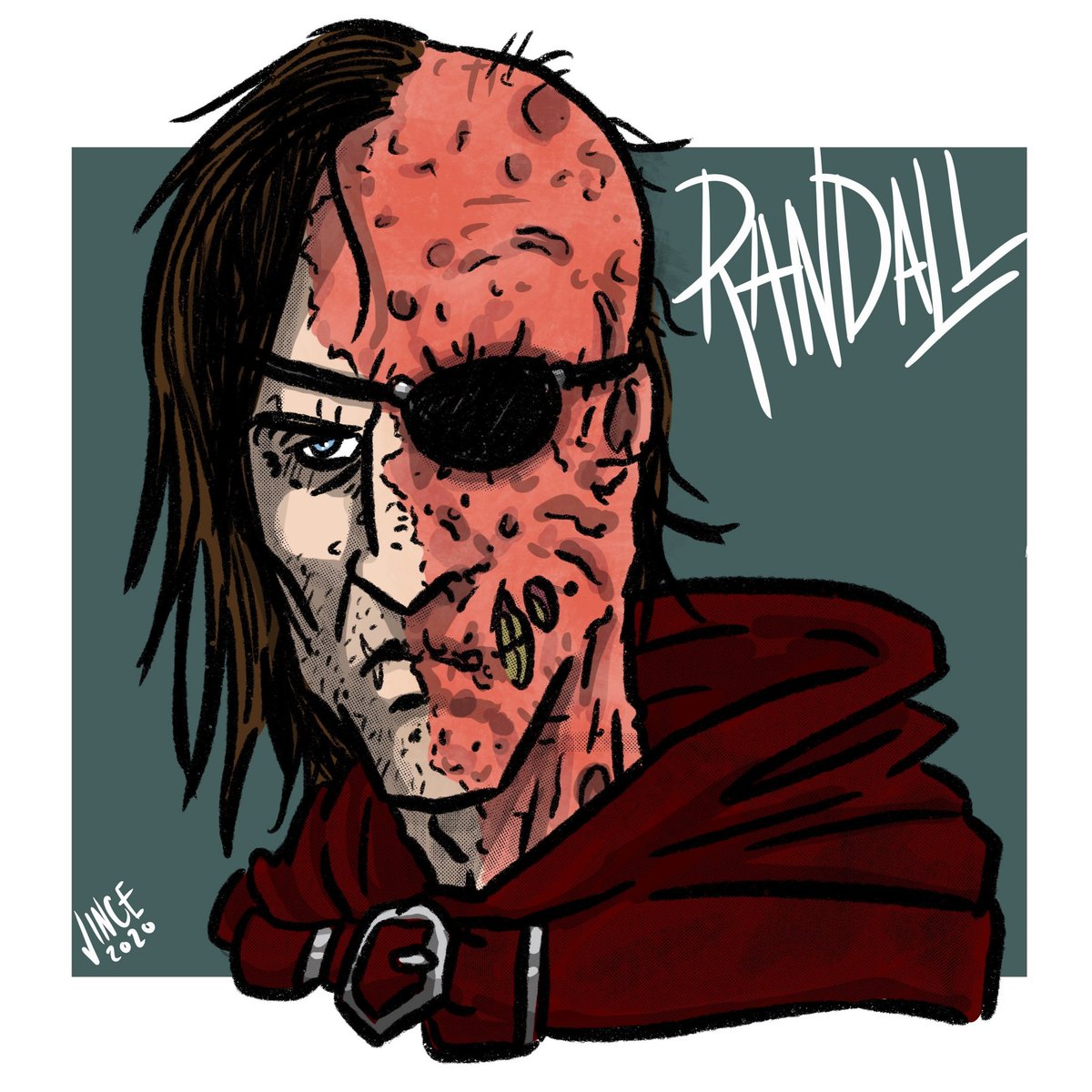 Being a webdev used to mean never having to wait around for code to compile. We seems to have fixed that with npm and SSGs.

📷 I was challenged this month on my twitch stream to try to draw like @jimlee So for belated #batman day, I decided to attempt a Batman in Jim Lee’s style. Thus took me 9 hrs. Did I do it justice? 😮... tmblr.co/ZcN57wYzpJAFuq…

Happy Monday! We're kicking off the week with a cheeky Green Mountain (or two!) - how about you 🍻? 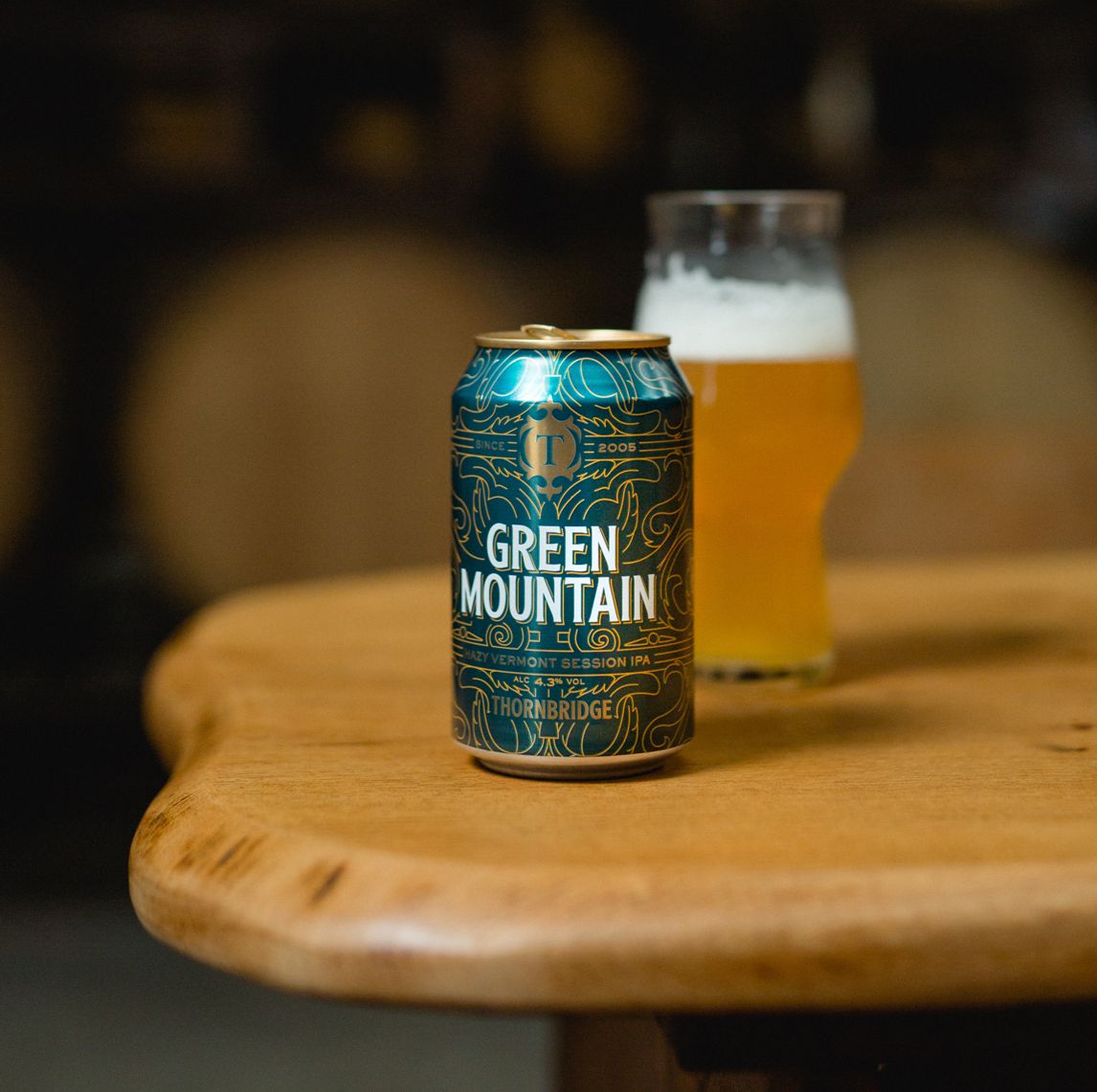 @marklowen was about the only one actually trying to get to the bottom of what happened on the ground. Properly. And with proper digging.

Vallance: Covid vaccine doses may be available for some by end of year theguardian.com/world/2020/sep… 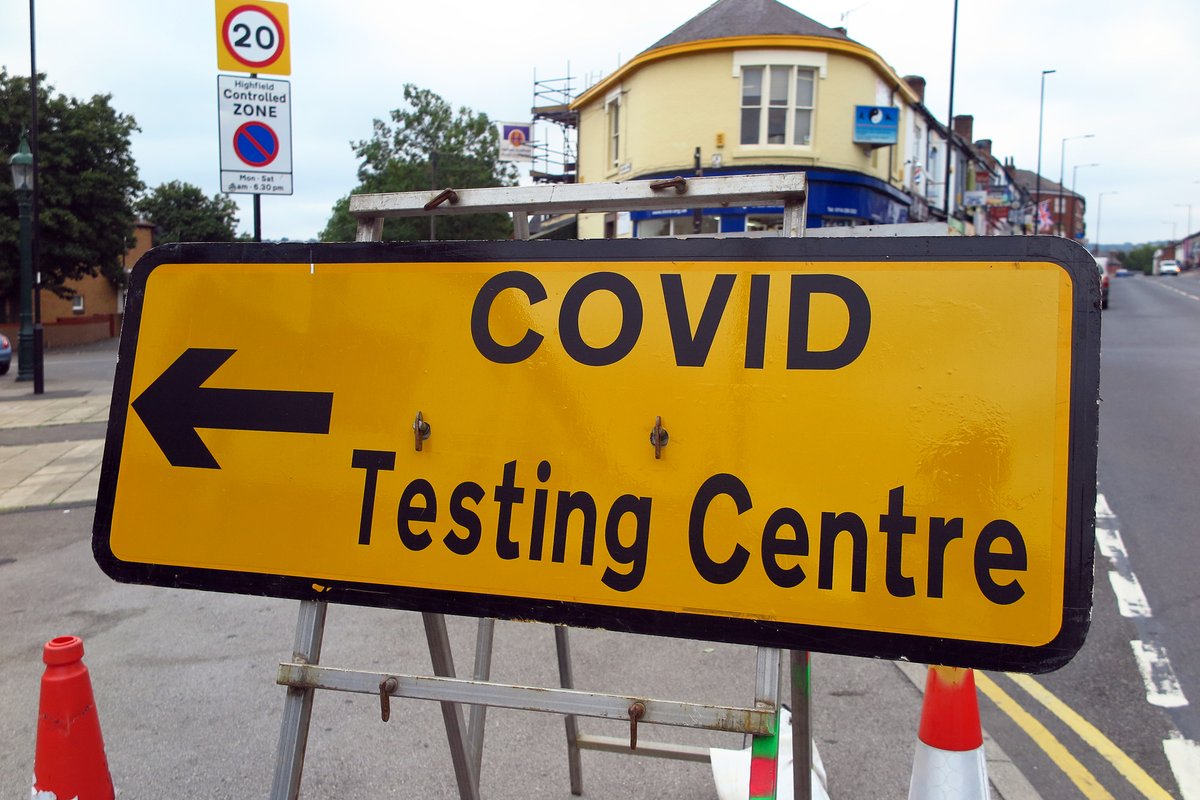 Just smacked my head *very hard* on the very sharp corner of a Caffé Nero table while plugging in my phone. They’ve very kindly given me a cup full of ice. 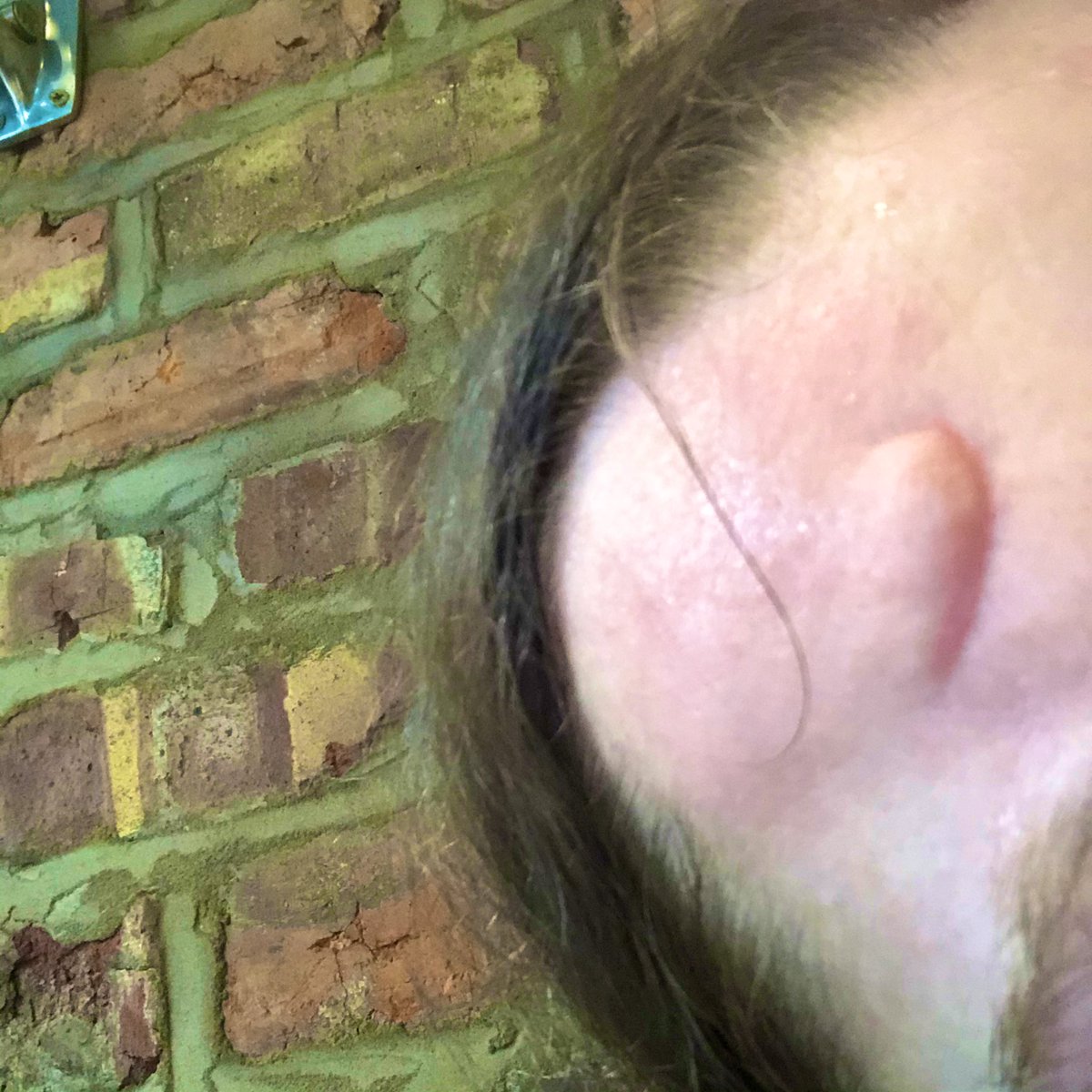 - How the death of Ruth Bader Ginsburg reshapes the contest for the Whitehouse.
- Is peat-burning the new fox hunting?
- Are we seeing the end of lèse majesté in Thailand? 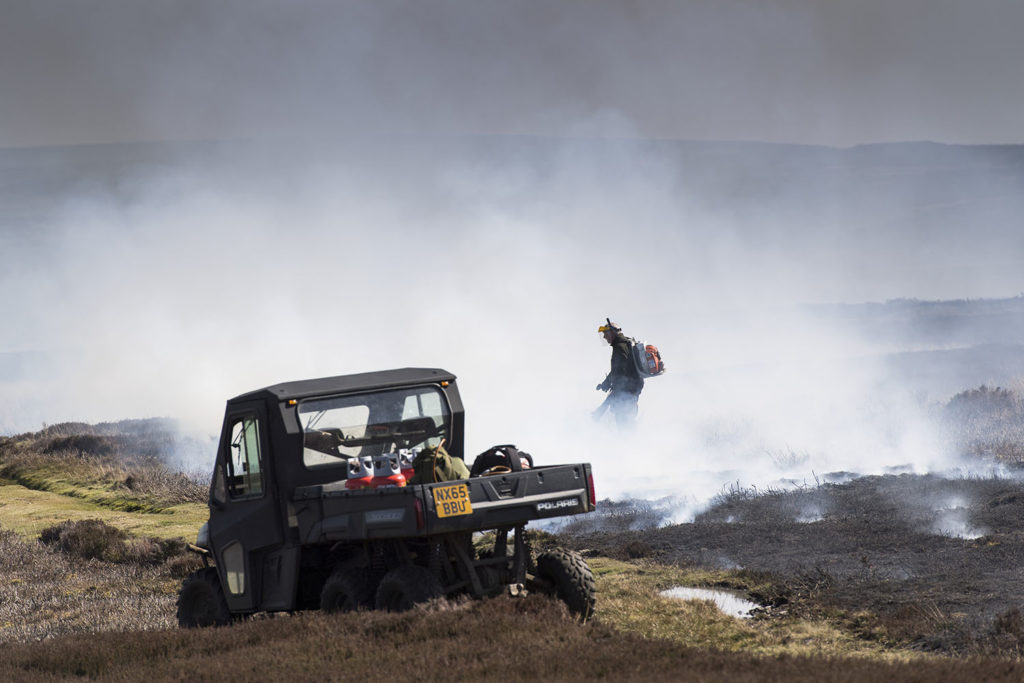 Sometimes a creative career is exhausting and frustrating, and sometimes you just get to muck about all morning looking at @newsillustrator drawings and call it work (cc @DeadlyHausfrau) 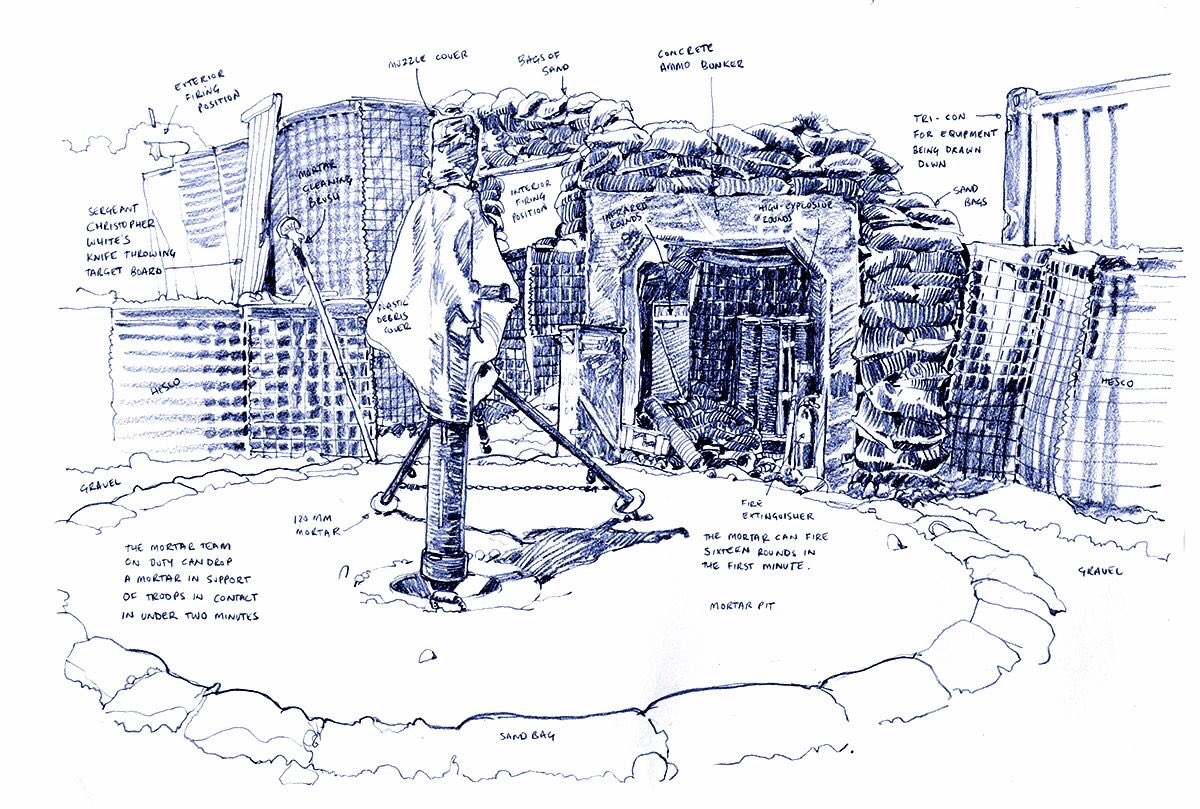 The great Ron Cobb has left us. Sci Fi wouldn’t be the same without him.

The Government's £500 payments for workers who are asked to stop working in order to self-isolate are a welcome, if long overdue, development. But more support is needed for the seven in eight workers who aren't eligible for the scheme, says @karlhandscomb 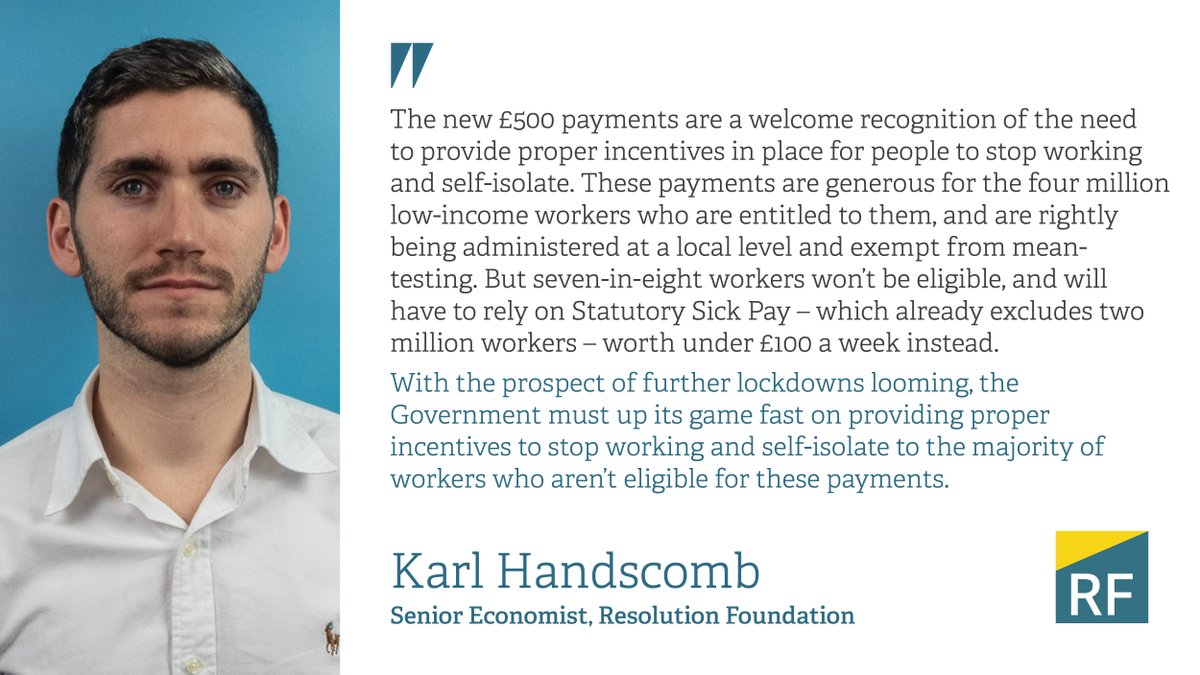 Londoners. Do we think that any bars will be open to watch the US election results come in? I'm thinking no, right?

Forget all the other suggestions, the company Sony should buy is Sega. Then they get Naughty Dog working on Sonic, Guerrilla on open world Streets of Rage, Media Molecule on Comix Zone, Polyphony on Crazy Taxi and Japan Studio/Fumito Ueda on Shenmue spin-off or whatever. Job done

👩‍🦰👨‍🦰 The time for equality is now!
If you think that:
✅ women and men deserve the same chances
✅ gender-based violence should be eradicated
✅ sexism has no place in our society,
join us and get our monthly updates!
mailchi.mp/pes/sign-up-fo… 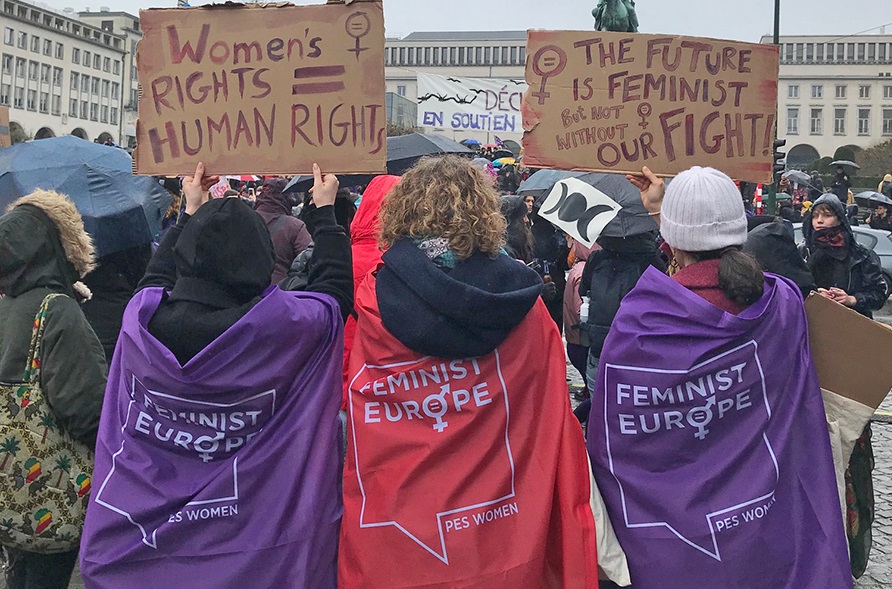 No answers from Robin Walker, who is presenting the provisions of Internal Markets Bill that relate to the Northern Ireland protocol, especially to Hilary Benn asking which parts of the treaty the gov't signed it now finds insufficient. Just a lot of pre-scripted waffle. ~AA

WEBSITE..... don’t forget it’s free local delivery to anywhere in the BA11 postcode on Tuesday & Fridays so get your orders in!!! Table booking are flying this week so don’t leave it too late!! @ Palmer Street Bottle instagram.com/p/CFZ6XOKlQS3/… 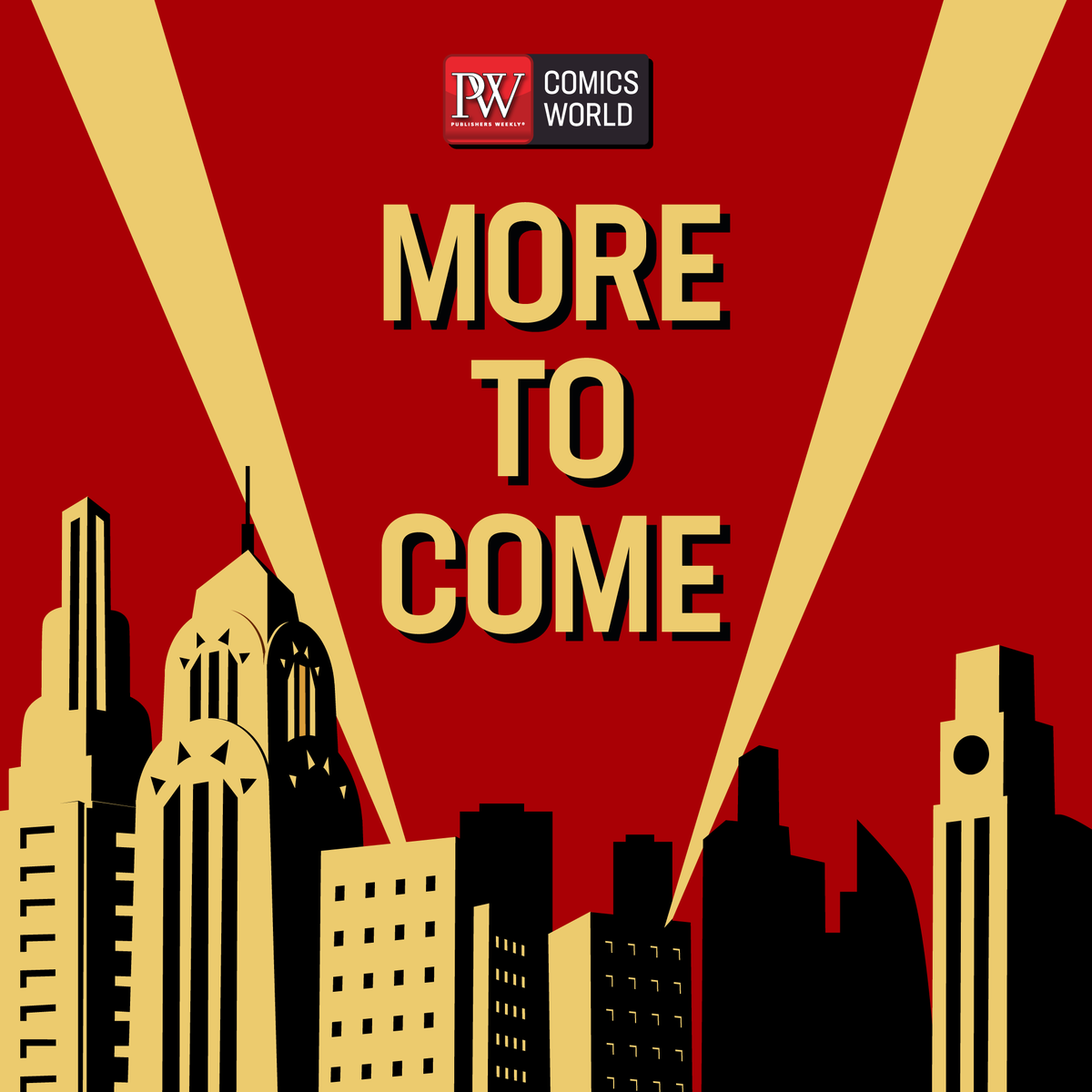 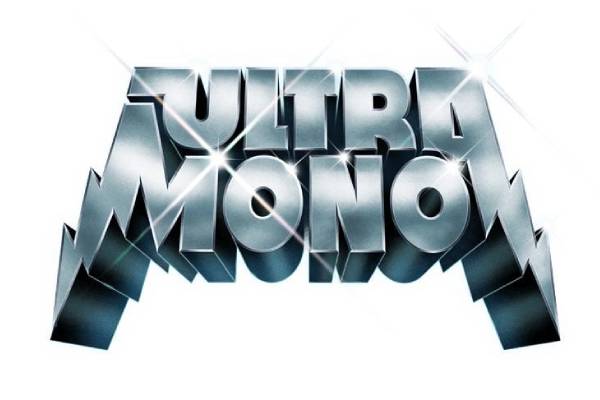 The #FinCENFiles are yet more evidence that the UK needs a proper inquiry into the question of foreign interference, both financial and digital.

I'll be opening my commission list on the 1st Sept at 6pm UK time for a limited number, first come first served - if anyone is interested- here are a few of my most recent ones... 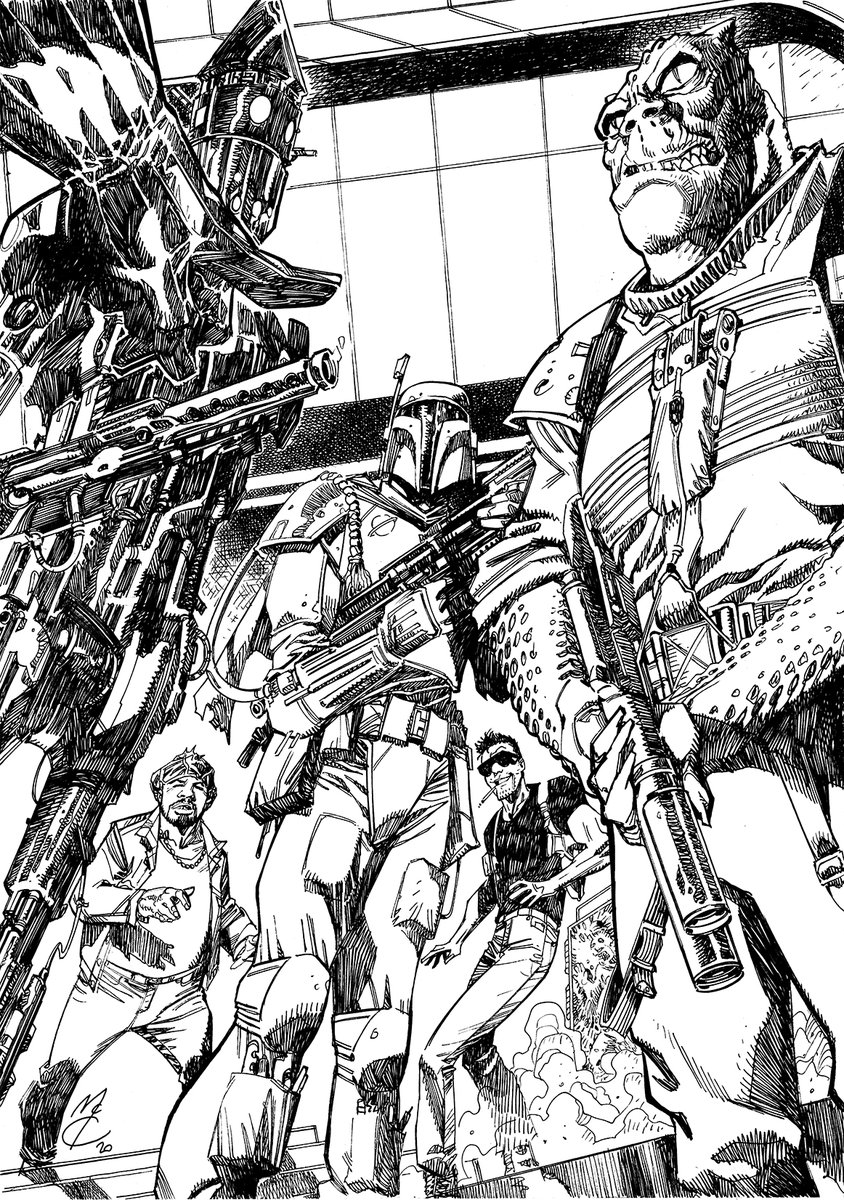 'Blaming the government for the high mortality is therefore one of the most despicable allegations I’ve heard in this pandemic.' theneweuropean.co.uk/top-stories/to…

To celebrate the release of 'ULTRA MONO' we are excited to announce some intimate shows with some amazing record stores. We cannot wait to get back into these spaces with you all x 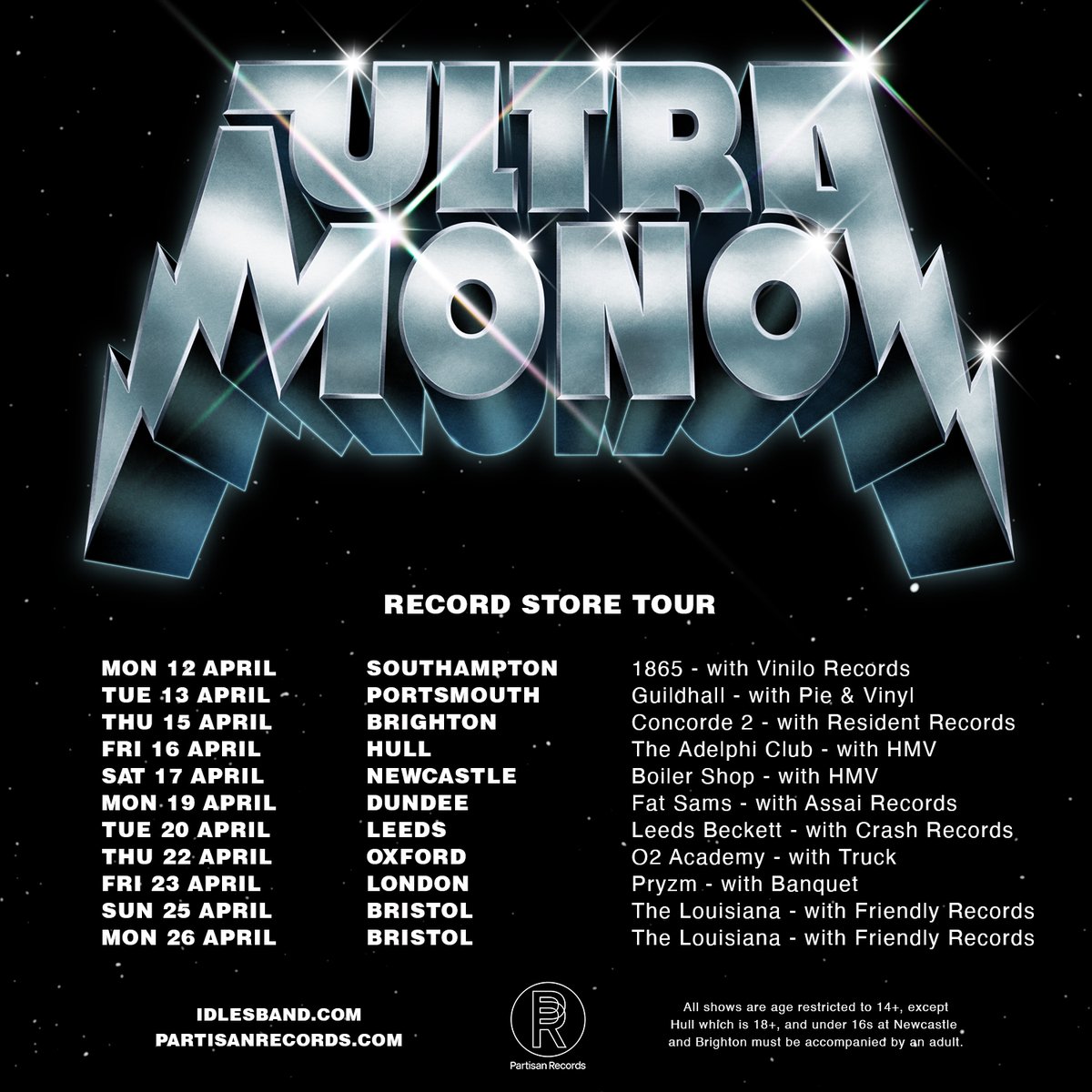 Honoured to have battled it out with @hamillhimself to settle one of the greatest debate of all time: what’s for dinner? #ad @ubereats

It's about damn time. I've dug up a bunch of old tech pen lettering samples of my lettering. (And no, it's not going to be for sale...) #lettering #comics 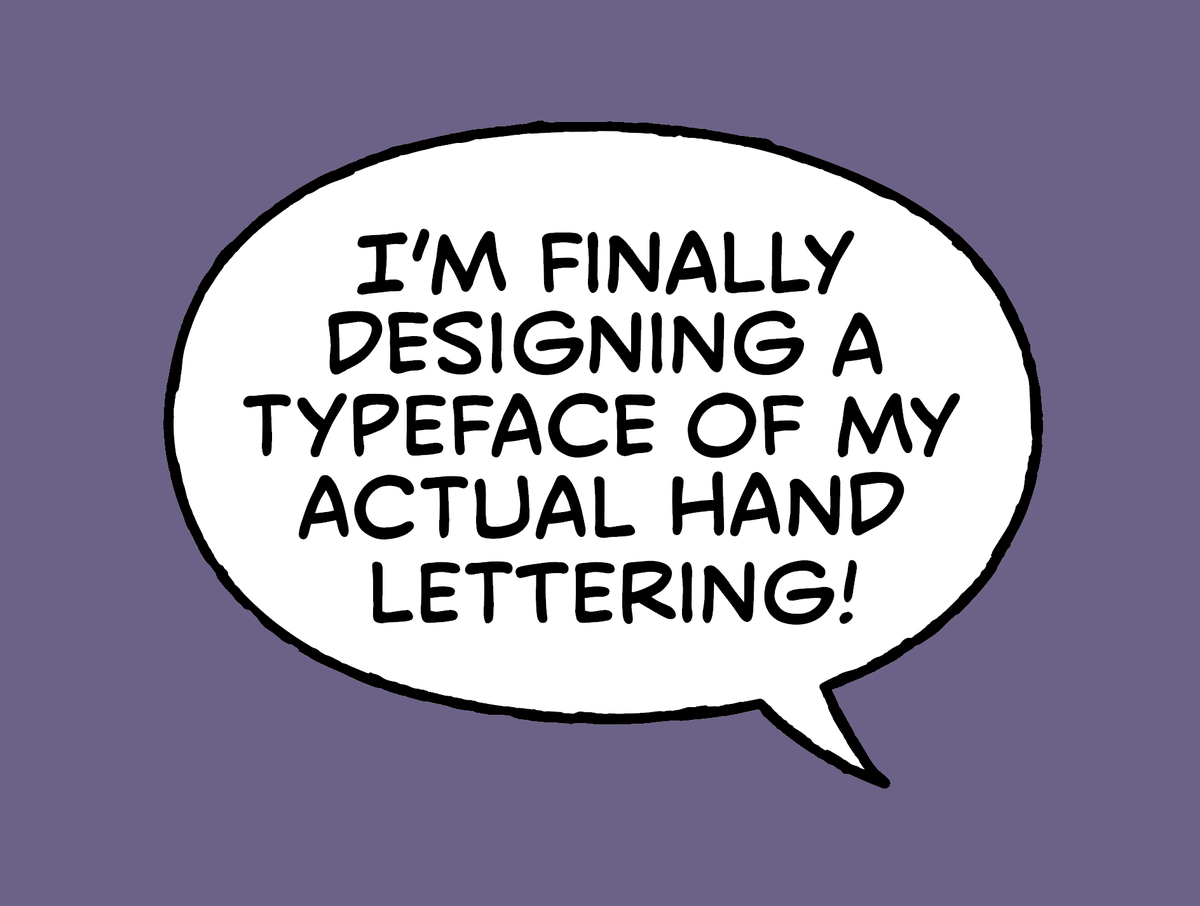 NEW IN!
From @RidgesideBrewery Nothing But The Rain v5

The simcoe has stayed but Arianna dry hop brings notes of fresh citrus and pear with a pine top note and clean bitterness to end. Order now at WiseBartender.co.uk/NewDrinks 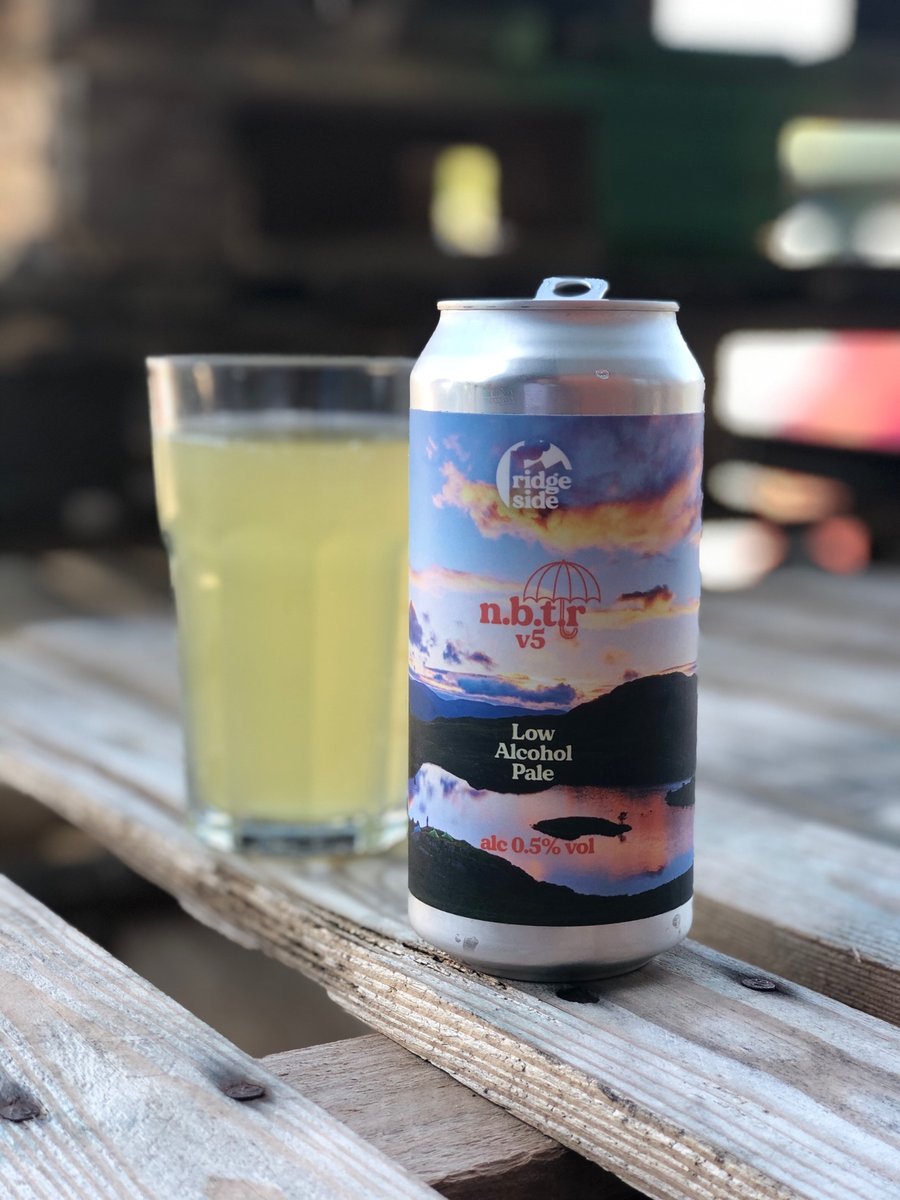 What does the future of drag hold? @iD_magazine and @jake2103 chat and present quotes from @TomGlitter, @TheVixensworld, @Don1birmingham and Sweatmother in this article which includes an exclusive extract from The Art of Drag. Read more here: ow.ly/wgYj50BwrOH

"What is an HTML element?"
"Difficult to explain in just—"
"And what kind of HTML element?"
"You don't really need to—"
"Why?"
"Please stop sitting on my laptop, I'm trying to work"

Which of these tunes are you loving? New additions in bold. 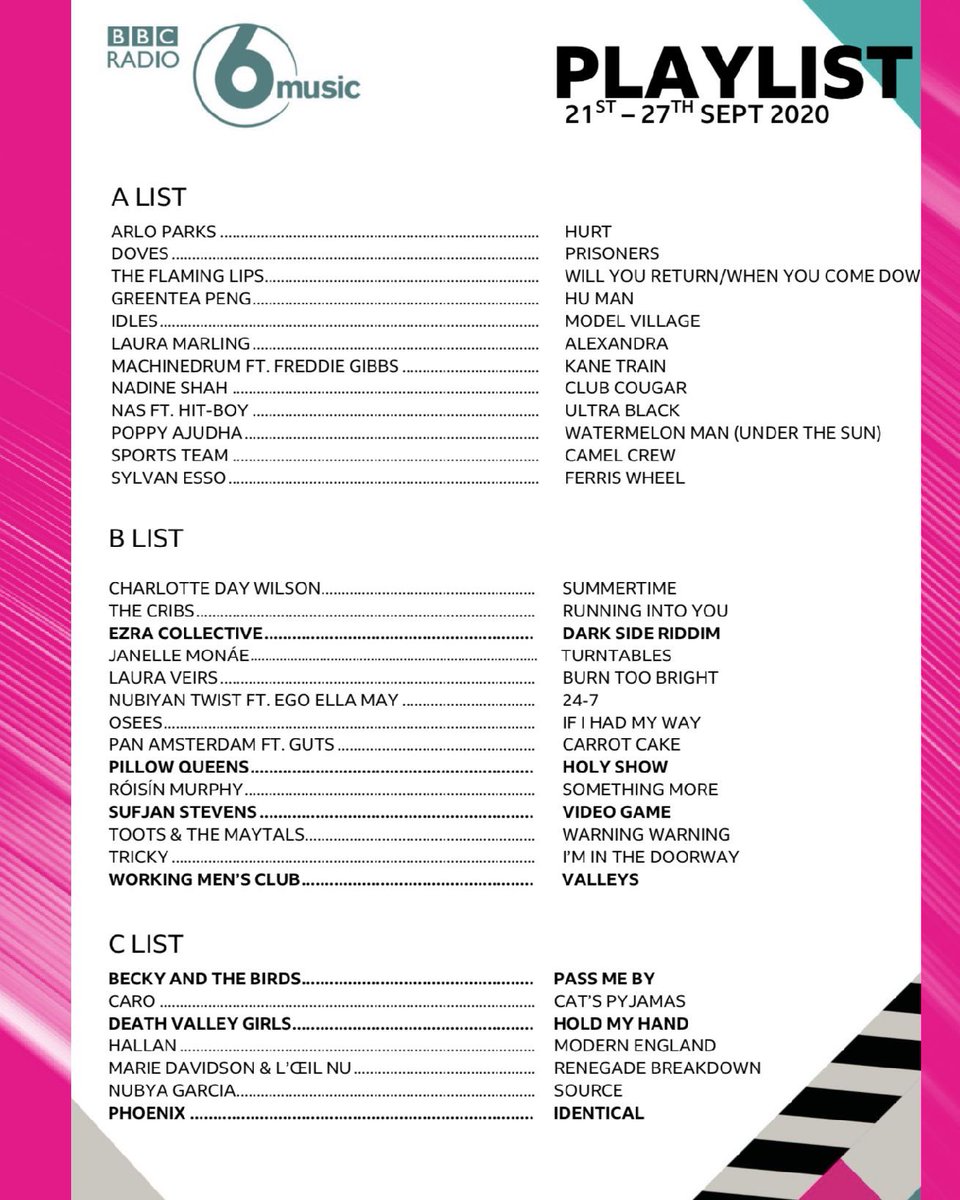 Northern Ireland: you can meet in a garden, in groups of up to six, not including children under 12, with exemptions for anyone wearing a Rangers shirt. Beat that, Boris!

Excluding certain exceptions (medical/childcare/work reasons) from 6pm tomorrow, people are banned from going into each other’s homes in Northern Ireland after a rise in Coronavirus cases

Wide bars, 650b wheels, 1x drive train and a dropper post. Can you tell that the @Nuke_Proof Digger adventure gravel bike was specced by mountainbikers? 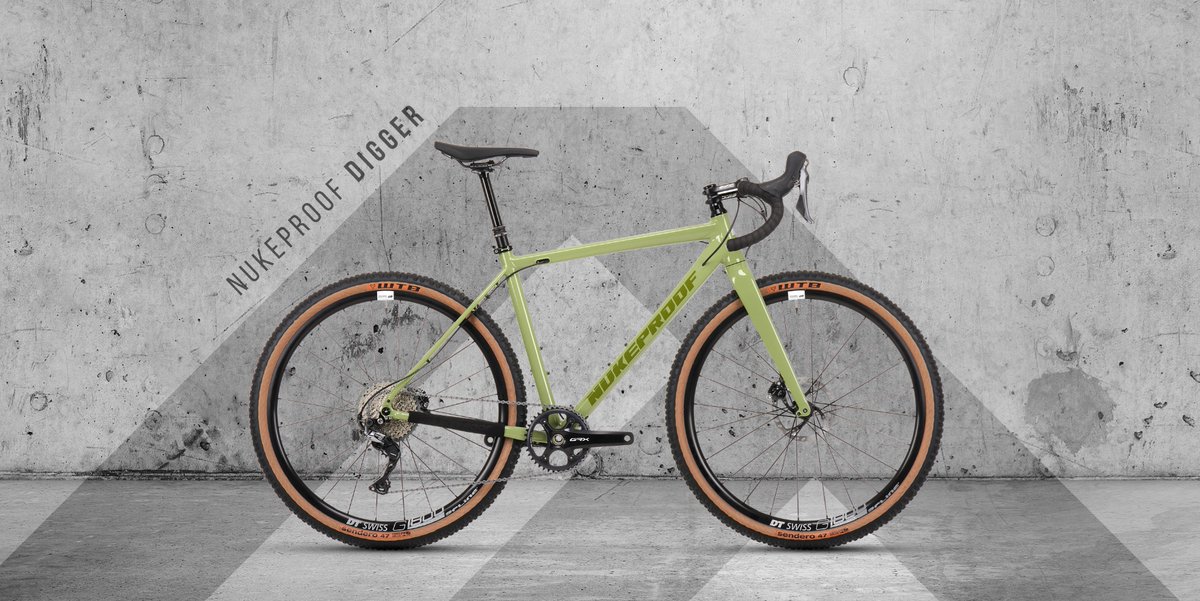 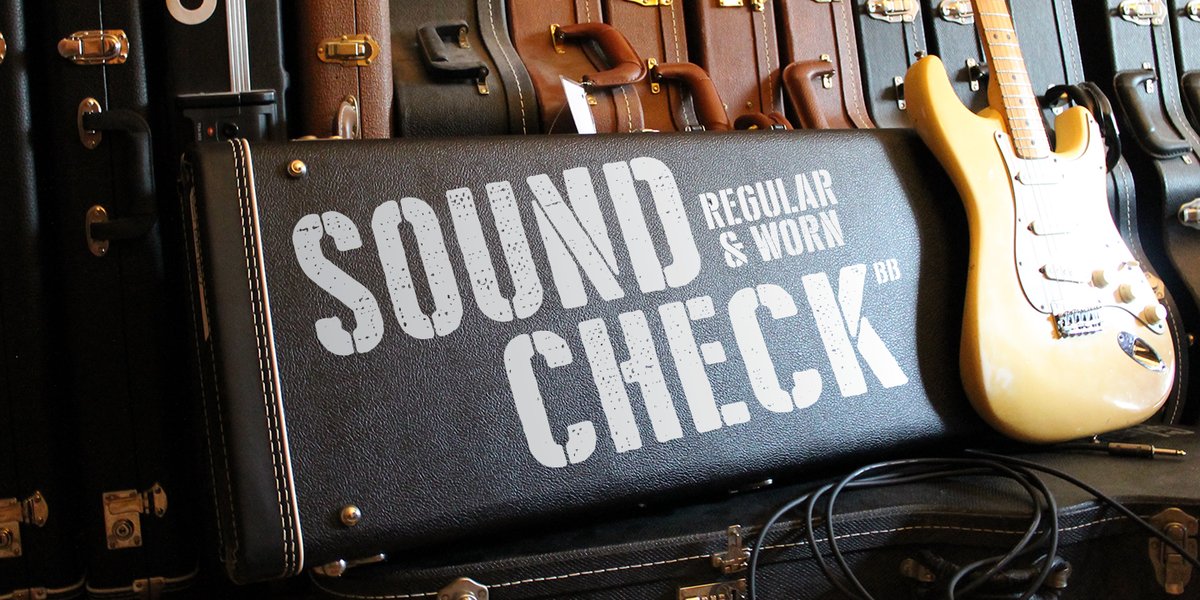 🔍🌍From the beginning in the 1920s, camouflage patterns were considered for tanks and light&heavy vehicles in the Soviet Union. Shades of green were used as a standard base color. With "RUSSIAN GREENS Set" you can achieve these results in your own paintjobs!
.
#alwaysvallejo 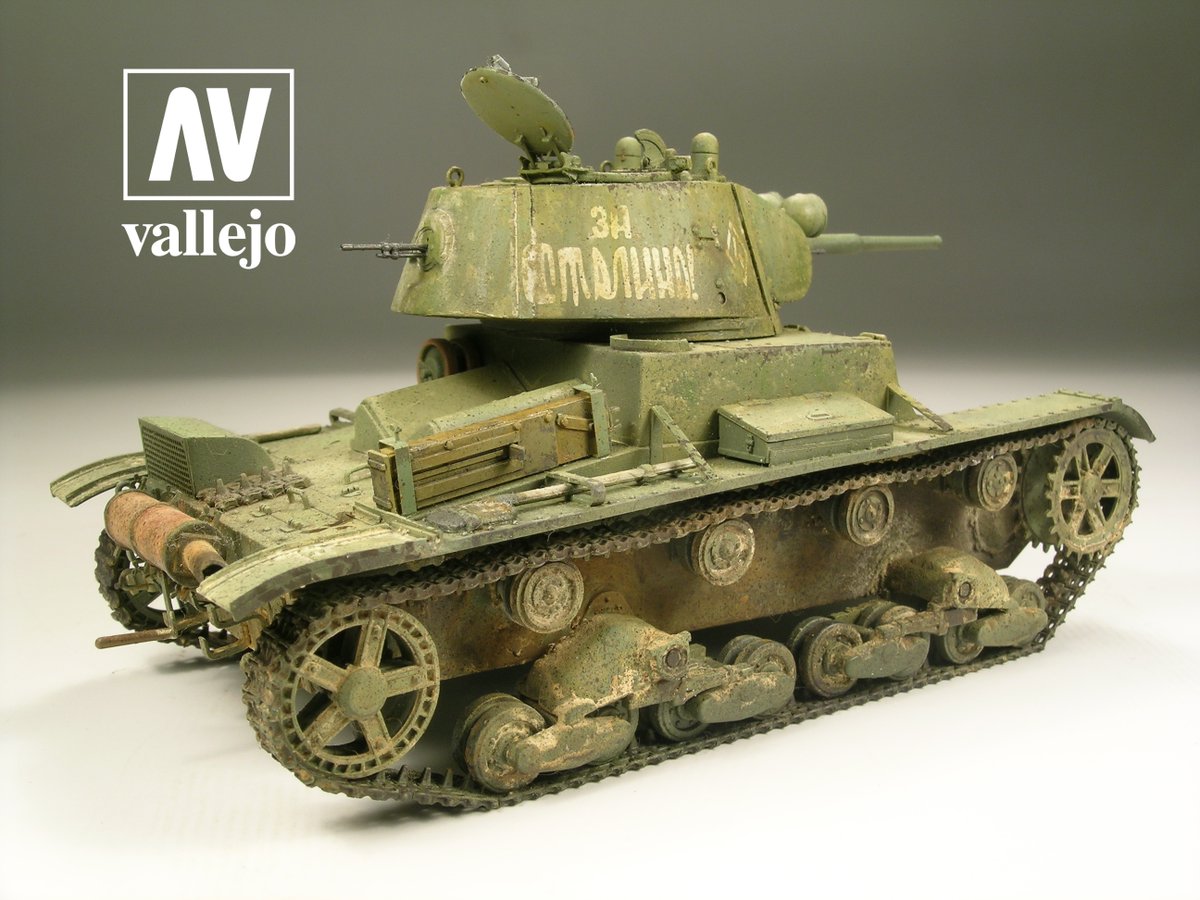 Dumped by @andicomics arrived today. Packaged with care- looking forward to diving in. 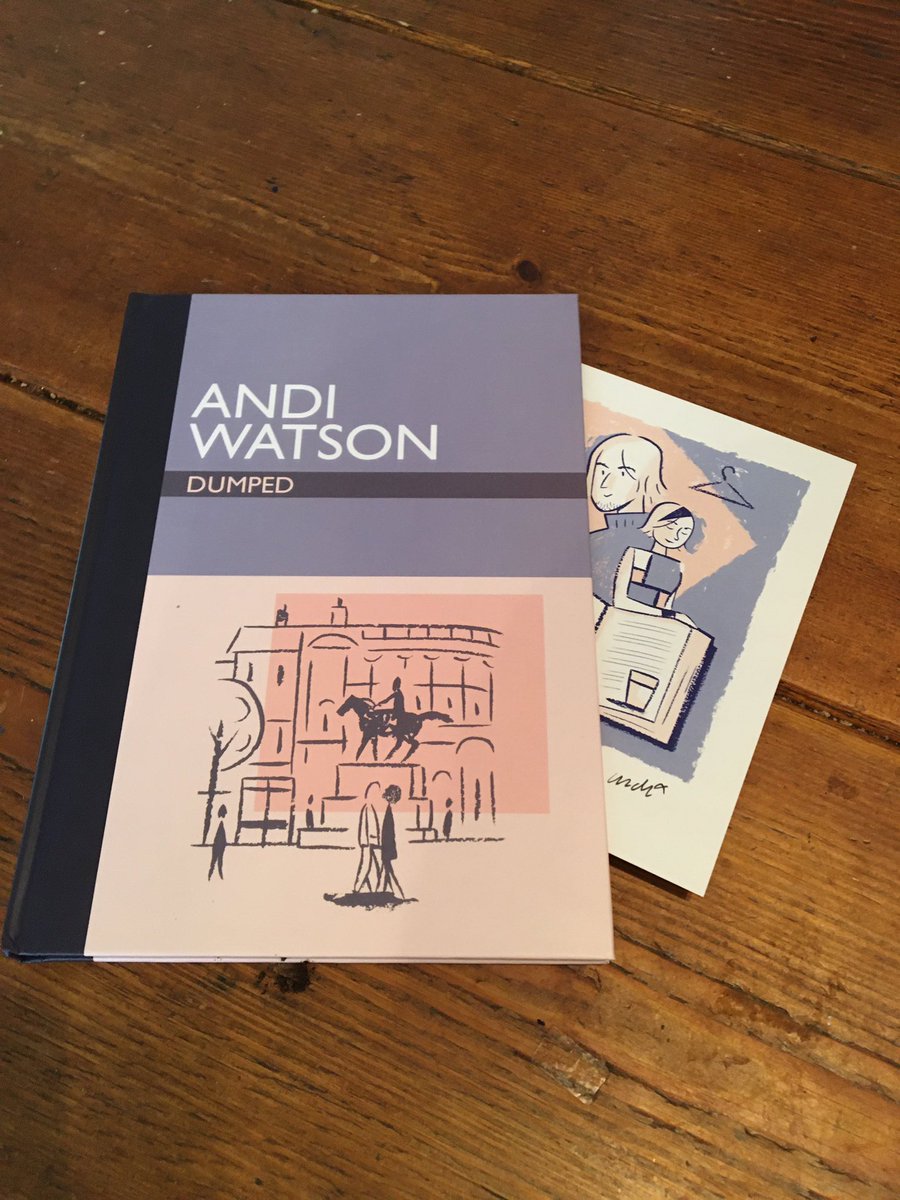 "This genre-bending novel from a self-described gloomy child queen blends feminism and the occult with a touch of time travel."

Girls Against God in @BostonGlobe

Sifting through my junk mail folder looking for nuggets of gold like an old-timey prospector...
"YEEHAW! Lookey! Found me a missin' part of that there email chain! I WASN'T left off the CCs! GET THE DONKEY, CARL! We're going Deadwood!" 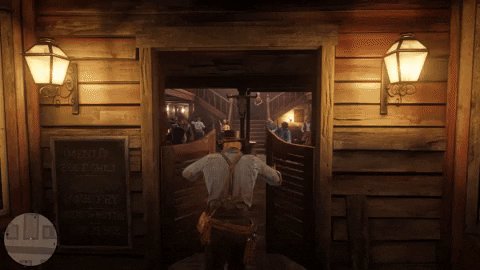 Confederation of British Industry/Canadian Chamber of Commerce, joint statement: "The clock is ticking. The benefits businesses have under CETA are set to disappear and without a trade deal both our countries will be going into unchartered territory." ~AA

Meantime, as our schedlues are now all over the place, & we'll all probably be dead by Xmas, time for the big one. This is running til the end of October, so get em in early & often, while he lasts. Yes, it's THE GREAT #DrawBorisJohnson CHALLENGE!!!! 3...2...1...GOOOOOOOOO!!!!!!!

How numbers can run, ruin and save the world - join us from a discussion on 28th September with @TimHarford about his new book, along with leading expert @profbeckyallen . Register here resolutionfoundation.org/events/how-num…

Scoring based on the AFINN-en-165 sentiment method. A @cole007 plaything (read more).